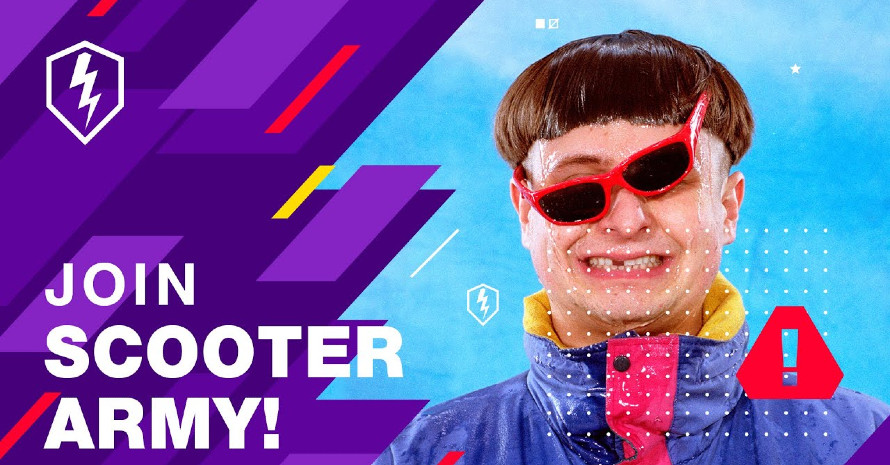 World of Tanks Blitz and the artist Oliver Three announced their collaboration on the game event from September 24 to October 4. The Scooter Army event will bring you an exciting musical and visual experience with a former scooter champion. Players will be able to get various prizes and enjoy Oliver’s weird creativity.

It’s No Time to Get Bored

The artist is most known for being a genre-defying musician and professional scooter rider who has become popular thanks to his special high-energy sound and weird personality. His debut album, "Ugly Is Beautiful," achieved the first place on the Billboard rock and alternative charts.

Completing the stages and winning the battles will bring fighters artist-themed cosmetic items such as sunglasses, headphones, and a cumulative avatar. Players will also be able to get the American Tier IV Medium Tank, the M3 Lee, in addition to the Premium Account Days. Collectible items that you receive for victories can be combined into Legendary once. It’s up to you to save them as trophies or exchange them for 2000 Free XP for each Legendary item.

The most notable and desirable part of this event is Oliver Tree’s first-ever licensed digital autograph, which players who made it to the 6th stage in the game will get. According to the Product Director at WOT Blitz, the artist pushed genre boundaries and made the game even more fun by adding uniqueness and style.

How Can I Play It?

World of Tanks Blitz is a free-to-play, team-based MMO action game about tank combat. Available on almost all gamer platforms, the game lets players try over 370 well-known armored vehicles and has about 170 million downloads across the globe.

Are you a World of Tanks Blitz player already? If your answer is  no, you can download this game on iOS, macOS, Android, Windows 10, Steam, and Nintendo Switch and start your experience with this new collaboration event. You can leave your comments about this collab below, and don’t forget to share the article if you liked it!