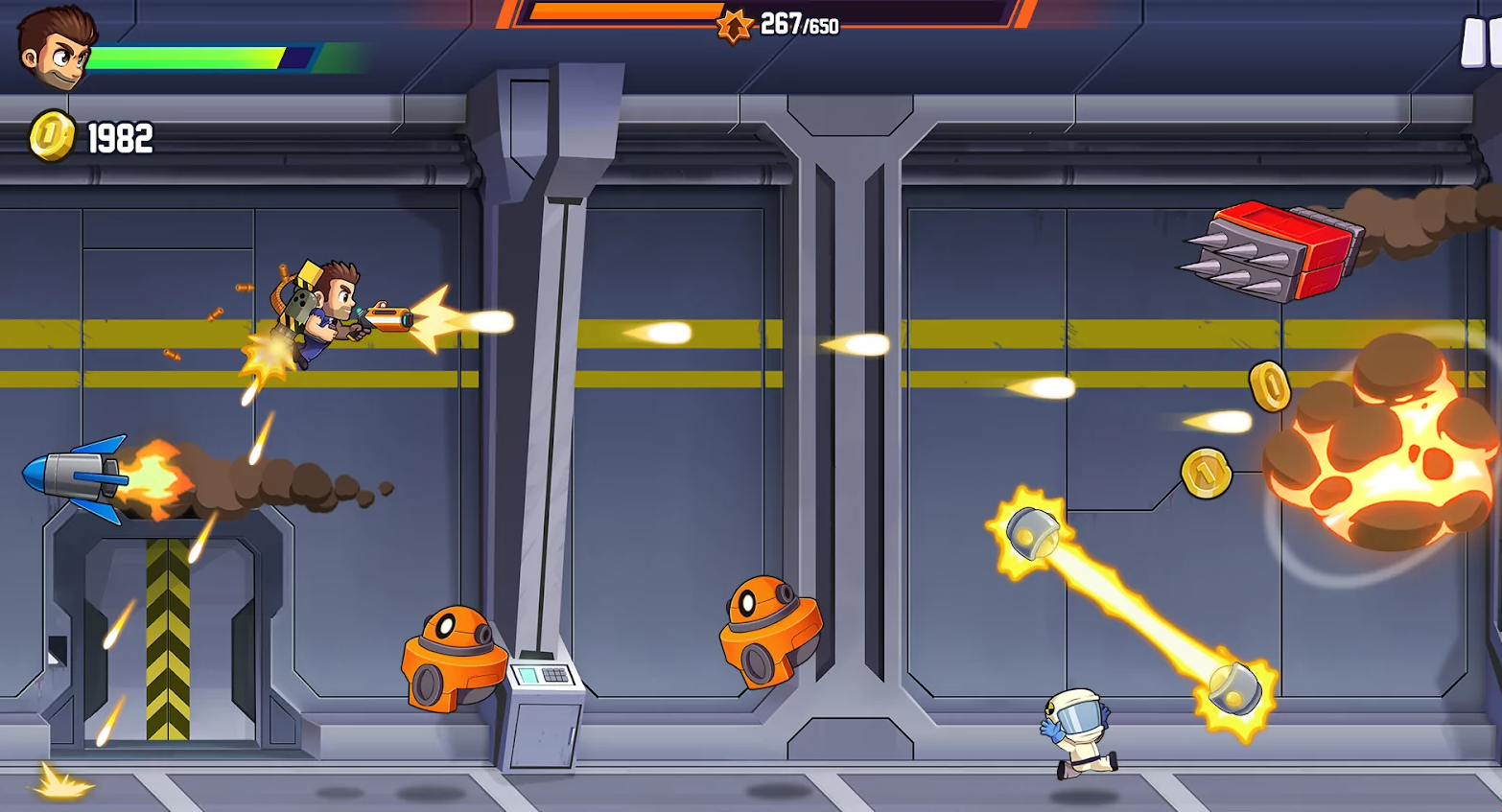 Apple Arcade becomes a more and more attractive option for classic game lovers. The one that will join the already impressive roster soon is the famous Jetpack Joyride. An endless classical runner became popular in 2011, right after its release, and made it to other platforms as well. Now it’s a part of Apple Arcade.

It’s a classical 2D endless runner, resembling action scrolling games popular in the 1980-90s. Your character has stolen a jetpack from a secret lab and is now making an escape from it. The lab is full of traps to avoid. In addition, they constantly try to shoot you with rockets. Luckily, from time to time, you run into other equipment and armor that helps you through it. The well-balanced gameplay keeps the game afloat for more than a decade. And the visuals that looked amazing in the beginning now have a different sort of charm: not obsolete, but vintage.

The original game is still available on the App Store. More than that: it’s still free to play. Yet, there are many in-game purchases that require real money, including jetpacks, vehicles, and in-game coins that could buy you extra lives and other stuff. The original version is also heavily ad-supported, offering various bonuses for watching video ads and sometimes just forcedly playing them.

The Arcade version will be slightly renamed into Jetpack Joyride+. Under subscription, it will offer neither paid content nor ads. The original visual style remains, so does the gameplay. Even if you have been playing it for days, it’s worth a nostalgic revisit. And if you have skipped it somehow, it’s a perfect example of 2D endless runners at their best.

Along with iPhone and iPad, this game is available on Apple TV. The TV edition has significant differences due to different controls. Still, it will be available on Arcade, too, with all the paid content made free (or requiring in-game currency only).