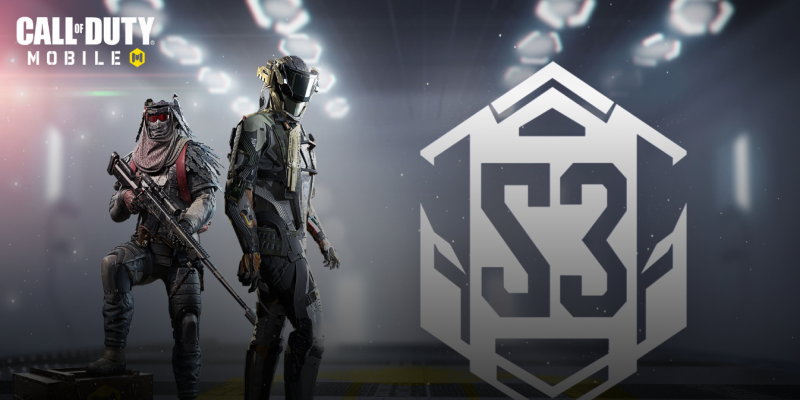 Over the last 4 months, Call of Duty mobile has been downloaded over 150 million times. It also generated over $55 million in revenue during the first month, which makes it the biggest mobile game release to this day. However, players have been flooding Activision with requests for more playable content.

The new season presents a new battle pass with 50 tiers, a bunch of rewards, and many more features. Similarly to the previous seasons, Season 3 will last around 8 weeks. It started on January 20 and will end sometime near the end of March. Let’s take a closer look!

Before downloading the new season, you should get the latest community update that came out on January 16. Next, get the global update needed for compatibility with the new season. If you have a Call of Duty account for playing Modern Warfare on PC and consoles, you can now link it to the mobile game. As a reward, you’ll get the Arctic Outrider outfit.

Currently, we know the name of only one theme for the season, The Future is Now. According to rumors, we may also see Chinese New Year, St.Valentine’s Day, and other widely celebrated events. Of course, Shamrock and Awe will appear again, too, as it’s a traditional event for the game. Unfortunately, the seasonal upgrades may remove various items presented in terms of the Christmas Theme of Season 2. And the recent comments of Activision confirm that assumption.

As for weapons, the battle pass will provide you with 2 new weapon skins, such as Chicom – Irradiated Amethyst, and Type 25 – Geometry. In the previous chapter, the ordinary and premium battle passes provided Aurora Borealis versions of players-favorite UL736 and M4 rifles, Alex & Frank camo for XPR-50, Alaska camo for knives and the Trip Mine.

By popular demand, Activision decided to introduce the legendary Scrapyard map. It was first seen in COD Modern Warfare 2. This medium map includes 3 lanes that encourage dynamic action scenes on short and mid-range distances. That’s perfect for such modes as Domination, Hardpoint, Search and Destroy, TDM, and Frontline.

The next map, Cage, will be introduced for the very first time, but a bit later. It is confirmed to be a 3-lane experience with a combination of distances for all types of combat. Due to verticality, you will obtain many opportunities for making ambushes. It will be available only for Sniper and TDM modes.

Other maps, such as Pipeline, Seaside, Countdown, and Estate are also rumored. They are already available and popular in COD Modern Warfare, so at least one of them will arrive for sure. It would also be great to see map updates for Zombies. Season 2 presented the Shi Ni Numa map and spotted some clues that Zetsubou No Shima is coming. Hopefully, Activision will hear our cries and add such classics as Der Riese, Origins, Call of The Dead, Kino Der Toten, Mob of The Dead, or Verruckt. A bunch of new easter eggs and side quests are also expected, but still not confirmed.

This season will revolve around the Ranked Mode that will work for both Multiplayer and Battle Royale. It will provide details about your progress to the Legendary level. As for the new modes, you can already try the 20 vs. 20 Warfare mode. It includes endless respawns of each team member, and requires a team to hit 150 frags to win.

Much To Be Added

Although the expectations were very high, it’s clear that Activision will keep adding new content in small portions. Nevertheless, a 2-months updating gap is not too long to get bored with the new features. Did you enjoy Season 3 updates, and what are your expectations for later improvements?