The Best And The Worst Assassin’s Creed Games 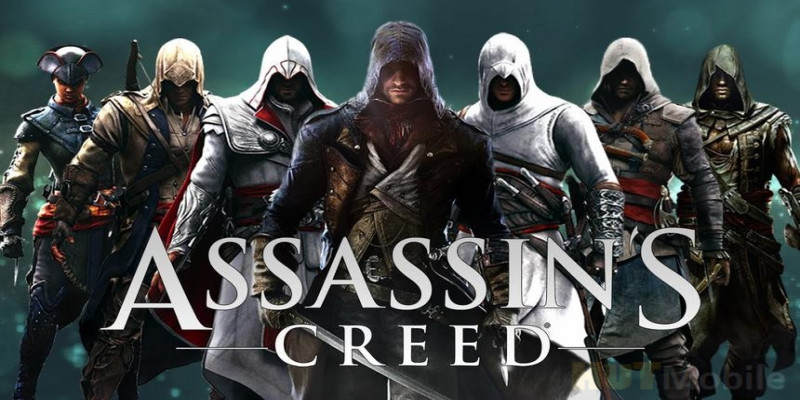 Eleven years of Assassin’s Creed Era revealed 11 basic games and 11 extensions. The original basic games were released once in a year, from 2009 until 2015. It is only natural that some parts of the series were accepted less joyfully than others. You may understand our struggle when it comes to ranking them, as there are so many opposite thoughts that we could not actually agree even with each other.

We gathered our favorite parts in the beginning, ranking the games from best to worst. If you don’t agree with this list, you can always propose your own ranking. Put it in the comments below.

It was the second game in a row released right after the first part. More than 10 years have passed since it’s become available for players. And still, this game remains one of the most beloved parts of the series. We love it dearly because of gameplay, graphics, story.

The action takes place in Italy. Players travel across Vatican, Florence, and Venice. We are offered to explore tombs and visit shops on our way. There is even a Da Vinci’s flying machine, which is pretty cool. Combat is less outstanding than in more modern games, but it may be completely justified by the amazing story.

Assassin’s Creed Origins was released in 2017 and is different in many ways from other games in series. You may fall in love with its marvelous sceneries of Ancient Egypt, somewhere in the Ptolemaic Period. You will be able to see the origins of the Brotherhood and take part in the creation of Assassins.

This game helps to understand everything. There is so much action in other games that you may get confused by it. In this case, go back to Origins and witness the history yourself. Don’t worry, you will not get bored there. You will have to take part in various quests, use different weapons, and check out improved combat mechanics.

If you are tired of the land, welcome to the sea. This part may not be entirely different from others, but at least there are lots of new adventures in the sea. You will travel across the 18th century Caribbean under the black flag.

Your character is a pirate from Wales. Players have to explore the ship, find out its secrets and mysteries. There are numerous sea locations as well. There is much more freedom than you could wish for in Assassin’s Creed III.

The third game in a row released a year after Assassin’s Creed II, Brotherhood is entirely different from the previous part. There is a new system of recruitment, which brings you more possibilities. Now you can hire new members that will work for you.

The game takes place in Rome, which you may explore as much as you want. You can find yourself visiting amazing parks and landscapes, apart from following the main storyline.  The combat system was significantly improved from the II part, and now you can fight faster and easier.

Syndicate was released in 2015, two years before the Origins, and a year after not really successful Unity. It brings us to Victorian London. Developers did their best, helping players to forget about their recent failure with Unity. The game is quite different from previous parts.

Walking across London of Queen Victoria is a real pleasure. You will have various small and big missions. There is a new arsenal as well, including a cane sword, and brass knuckles. And your main transport is a carriage, which is incredible.

This game was released in 2012, and it is diverse and fresh. The action takes place in New York City and Boston of the 18th century. Pay attention to the new weather conditions, unavailable in previous games. The seasons are changing, and snow is falling from the sky.

There is a new weapon as well. Master your skills in tomahawks throwing and rope darts. This game is definitely one of the most underrated in series.

It was released after the Black Flag, and before the Unity. The game has numerous similarities with Black Flag, as the main action happens in the sea. You will have to explore your ship, and you receive the improved new weapons.

There will be a lot of ship combats. And your character is a Templar, not Assassin. You take part in the 18th century Seven Years War. Among the new weapons, you will love oil slick.

Revelations came a year after the Brotherhood and before the Assassin’s Creed III. It is not a bad one, it is just incredibly similar to Brotherhood. Yet, the game has become the final piece in Ezio's story. You may play it just because you want to find out what happened.

There are a few tweaks in the game. You will appreciate the hookblade. Players may use it as a zipline to move across the city. And you can use new bombs.

Assassin’s Creed Unity was created a year after Rogue. Developers brought numerous innovations into the game. However, it costed the game its quality. Bugs appeared so frequently that Ubisoft stated an official apology and offered to return money to the users.

The main problem was not in the bugs, as they were easily fixed. There was no great adventures, no easiness of the gameplay. At least, you can customize the abilities of your character, and take part in co-op mode.

The first game is an important part of the whole series. Everything begins with it. But with time, developers improved the game so much that the classic one looks simply plain. There were times when the game was something fascinating and new.

You could explore Medieval Europe. There was amazing potential, and it quickly evolved into something bigger and greater. But when you come back to the first game in the series now, you feel rather disappointed.

We dropped some games from the series out of this list. We love them dearly, but our intention was to name best and worst of Assassin’s Creed games. Join us and name your top best and worst choices in the comments.