10 Indie Games You Will Love After Playing Stardew Valley 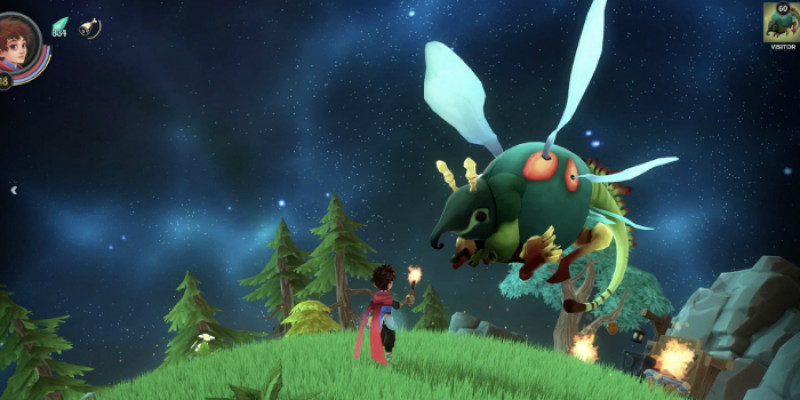 Stardew Valley started out as a modest project of Eric Barone, aka ConcernedApe. Being a computer science graduate, he couldn’t find a job in the industry. While making a small living as an usher in a theatre, he decided to develop a game that could show his coding skills and creative skills at the same time.

The result has exceeded his bravest expectations. Now Stardew Valley is one of the most played farming simulators on the market, which is available for all gaming platforms of the last generation. However, the content in the game is not infinite. If you want to get on a new indie experience that’s similar to your favorite game, check out the list below.

Slime is one of the most popular toys amongst kids and adults. Funny videos with this squashy things get millions of views on YouTube and Instagram. In Slime Rancher, you can get in charge of the entire slime farm! The story starts when the main character, Beatrix LeBeau, discovers a weird unnamed planet on which slimy creatures rule everything.

She decides to settle down on the planet and builds a slime farm. Her daily chores include exploration of the planet, the building of new facilities, feeding slimes, harvesting the crops, and even gathering slimes’ poops. You can sell both crops and poops to get credits for further farm development. Hours of fun are guaranteed!

If you are the type of player who loved Stardew Valley mostly for dungeon exploration, then you’re going to love Moonlighter. This roguelike dungeon crawler tells a story of an adventurous shopkeeper who lives in the Ryonoka Village. The man is brave enough to go down to dangerous dungeons to collect items for his store. Besides, he has to be social and communicate with villagers to know their needs.

An advanced crafting system and a knowledge of magic will help you to make the man a successful businessman. Create armor and weapons, take few potions, enchant the gear, and go to slay monsters and capture valuables.

Fortunately, not all farming simulators are about flourishing fields and happy kettle! Graveyard Keeper provides a darker vision of the genre. In this “cute” simulator, you play a gloomy bearded guy who’s in charge of the local graveyard. He has to dispose bodies of the dead citizens on his grounds and manage the area to make it look neat and clean at the same time.

The amount of dark humor will make even the keenest goth happy. Graveyard Keeper offers plenty of ways to make money. For example, you can harvest human flash, grow vegetables on the soils fertilized with rotting corpses, and do much more fun stuff. Besides, there’s an exciting storyline that lets you investigate the dark secrets of the villagers who live around.

4. My Time In Portia

Similarly to Stardew Valley, My Time In Portia was influenced by the Harvest Moon series. The Kickstarter project resulted in a unique farming experience. In the game, you can plant various crops and construct vehicles and facilities to expand the town. However, the most exciting part is building relationships between the characters. Regardless of gender, all the characters can create families in My Time In Portia.

As you can draw from the title, this game integrates alchemy-based gameplay mechanics into the farming simulation. Your mission through the game is to lift the curse on the cursed village to set the villagers free. At the same time, you can do average farming things and grow crops, mine, trade, etc. Although the story of Alchemy Story sounds so dangerous, it looks absolutely cute all the time!

Garden Paws is another incredibly cute game and charming characters. In the beginning, you can create and customize an animal and then play it while building the farm and developing the nearby town. When you get tired of farming chores, you can go and explore the caves or open a store for selling valuable rare items and make some extra money.

Staxel is a farming sim inspired by Minecraft aesthetics. It lets you play in cooperation with your friend to create a unique world. Besides, you can set various funny NPCs in your village and give them some work to do every day. They will also provide you with an array of quests. The game lets you choose between building, growing crops, and designing landscapes.

This franchise collides the MMORPG genre with farming simulation and lets you work together with multiple friends at the same time. For that purpose, it has an advanced avatar editor with plenty of outfits and accessories. Your goal in the game is to plant crops and slowly expand your business.

This one looks like illustrations to Le Petit Prince. You play Acro, a little boy who owns a small planet. Nevertheless, you can use it to grow a variety of crops, breed animals, and then trade products with other planets of the galaxy. And be afraid of hurricanes and heavy rains as they may damage the crops! Deiland offers the most extraordinary universe of all games in the list.

If you seek for an utterly relaxing experience, you’re welcome to Yonder! This game lets you settle down in a large picturesque island of Gemea. It was once captured by the dark entity, but you could become the one who fights the territories back and brings peace to islanders. At the same time, you can do normal farming tasks, such as growing crops and breeding magical animals.

In addition to average farming sim elements, Yonder: The Cloud Catcher Chronicles can boast of gorgeous graphics. This unique 3D world features fascinating landscapes and a day-night cycle with a beautiful play of light and shadow. It’s definitely the most epic game on the list.

So did you find a title to play before Barone releases a new update? Or maybe you have some other suggestions? Leave your reply in the comment section below, and don’t forget to share the article with your friends who might be interested too!