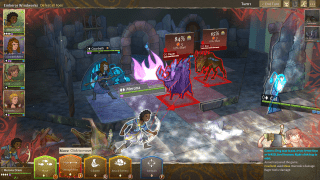 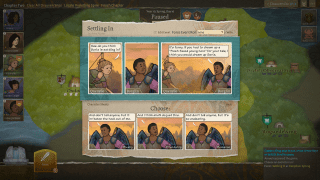 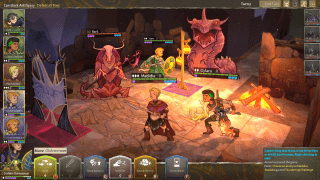 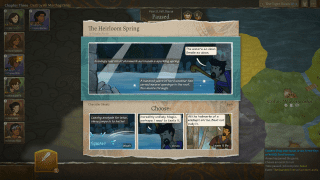 The Wildermyth is a turn-based strategy Indie game with tactical battles. You have to assemble a team of adventurers to travel through a fantastic world, fight monsters, and come up with your own stories. The game is particularly famous for its elaborate battles. In order to defeat monsters, you will need a team of five people who will perform various actions during the battle. In this way, the player will need to demonstrate multitasking and monitor the weaponry and health of all team members. To try the Wildermyth experience on your own you can buy and download the game on your PC from Steam for 24.99$.

Like many other Indie games, Wildermyth has its unique style and atmosphere. The interface, characters, backgrounds are made in a unique pop-up storybook fantasy style. The game’s design also mirrors the look of the board game so that the player can plunge into an old-school culture of turn-based strategy games. System requirements for the graphics are not high. But there have been complaints from players about problems with FPS because the game can still require intensive CPU usage.

The Wildermyth allows players to choose from the three main classes. If you choose a classical magician, you will have the ability to manipulate objects across the combat grid and use them for your purposes. Players can also choose their warrior and hunter classes, allowing them to create various combat compositions. In addition, the equipment makes it possible to significantly change the way each character performs, which compensates for the small number of main classes.

A highly successful and well-thought-out piece of Wildermyth is a storyline in which the characters interact closely with each other and with the game world. For example, your ally may be obsessed with a dark spirit, or some strange equipment will suddenly change the character’s attack style. This will allow players to make decisions during the next campaign that will affect the story and the process of the game.

The main task of the player is to strategically position the characters to defeat the enemies. However, no matter how long the battle lasts, the dynamics persist throughout the battle because the variations of events are countless.

Wildermyth replayability is very high because of the many different outcome stories and strategies to create your own experience. The game has unique content and answers your every decision with consequences that drive your characters forward.