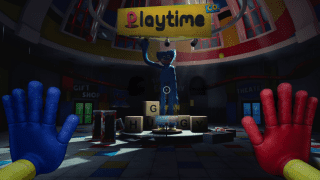 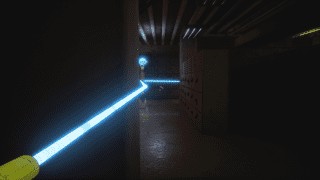 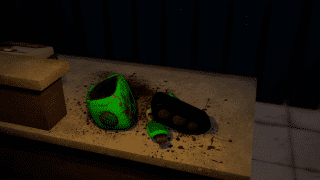 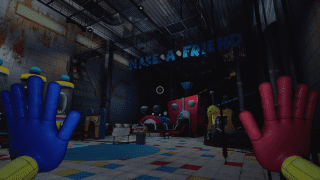 Poppy Playtime is an indie survival horror that exploits the idea of toys coming alive and turning on humans. Your character visits an old, abandoned toy factory and tries to investigate what happened… and stay alive. Now you can play Poppy Playtime on PC and wait for the adventure to continue.

What the developers really managed to do well is create a scary environment. It’s not about jumpscares, rather about the backstory (why did everyone disappear from this factory one day?) and the ubiquitous feeling of mystical danger. The atmosphere prevails over the story, so the game is rather replayable. Each time you play it, you probably feel that you could do better next time.

The design is frightening, so is the music. It goes without saying that playing Poppy Playtime is better in the dark, with your headphones on. But it comes at a cost. The game that offers about an hour of gameplay requires at least 10 GB on your drive. It takes powerful hardware for it to run smoothly, so check your system before the purchase.

Most indie survivals are now doomed to comparisons with Five Nights at Freddy’s, and Poppy Playtime is too. But it has its original flavor. It’s a first-person survival game where you only see your character’s hands; as worn out as this approach is, it works to create the immersion. The VHS tapes you watch to find the clues are greatly styled, and pieces of information gradually create the backstory.

The factory looks sinister. Not a single living person, dolls and animals lying all around, and death hiding around every corner – that’s what you go through. You are armed with the GrabPack that lets you grab things and hack electric circuits to protect yourself. And yes, you are absolutely alone: no multiplayer offered.

It’s a first-person adventure, controllable both with a K&M and a gamepad. Connecting a gamepad, though, requires some fiddling around, even if it’s the Steam Controller. It may also take some time to get used to the innovative mechanics with a GrabPack and its electrical features. That is why it can take you more time to get through the episode than it actually lasts. Again, don’t forget about videotapes scattered around: they contain the clue to using GrabPack, and you better watch it carefully.