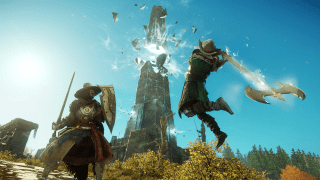 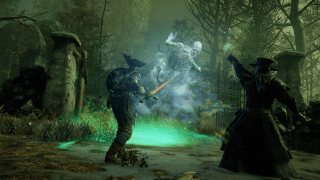 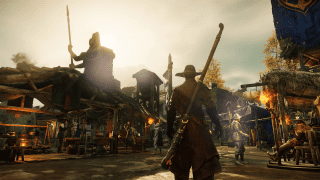 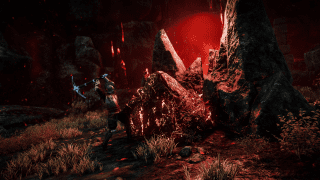 New World will surprise you with its themed unusual continent to explore and conquer the many promised trophies. According to Amazon Games, this MMORPG game is not like anything you’ve seen before, but we all know that the genre is widely known among open-world game fans. Despite this, the game has its charm that will appeal to many. Once in the world of Aeternum, you can experience the atmosphere of a pirate-themed fantasy place. New World is available on PC, so you can download it from Amazon Games to enjoy a new experience.

Stylistically, the game differs from the typical fantasy world because it is filled with the aesthetics of tropical crevices. The same applies to characters' looks and equipment in the style of Spanish conquistadors, which makes the game unique. In the settings, there are four Video Quality items, which users can't optimize. That leaves the players a narrow choice from the presented options.

As with any MMO game, you will have a long and often repetitive character leveling process. This process takes place through acquiring new skills, collecting resources, and moving along the game’s content chain. For many, this process may seem too slow, but there are also supporters of such gameplay.

But New World would not be itself without plots and events built up around it in Discords and other media. This is how players prefer to plan to capture enemy territory, joint raids, and much more. Communication is what makes New World fascinating and unique among other games.

While you’re exploring the amazing views during the game’s quests, New World motivates you into social interaction. The game has many features that are designed to provide interaction with other players. PvP alongside PvE is a huge portion of the gameplay experience. You will have three factions for which you can play and fight for territory and influence.

You start the game with almost nothing, and your job is to get the best stuff game can offer. A large number of quests and other tasks prolong the game experience by an indefinite amount of time. The game is replayable, and everything depends on how you like to play it.