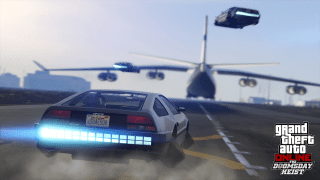 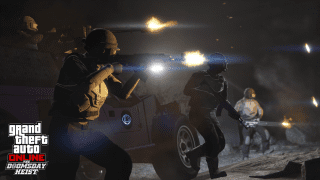 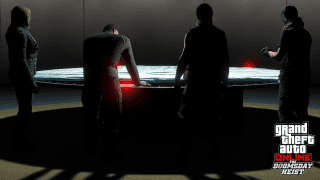 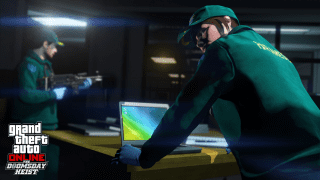 After waiting 5 years for a new game to play, I finally got my hands on Grand Theft Auto V and I was not disappointed. I loved this game from the moment I started playing it.

The game allows you to play as 3 characters: Michael, Trevor, and Franklin. Each character has his own background story and own personality. The characters have a lot of depth and it is easy to get emotionally attached to them.

The world is absolutely huge and there is a lot to do. The game has a very good story and it is very well written. It is the best story in a Grand Theft Auto game ever.

The graphics are superb. I have a pretty decent PC and I can run the game on high/ultra settings with about 50% of my GPU being used. The textures, particle effects, lighting and shadows all look great. I can't really say anything bad about the graphics of the game. My only concern is the issue with the game randomly crashing when I launch it. And it's not just me, I've seen some other people on the internet with the same issue.
Gameplay

GTA V is a great game on the PC. The controls are pretty simple and easy to master. I played the game on the Xbox 360 before and I was able to run it smoothly on 30 frames per second with a decent setup. I was expecting the same from the PC version. I was wrong. The game runs smoothly on 60 frames per second on high settings. I haven't tried any other settings, so I can't really say anything about them.

The sound of the game is pretty good, the engine noises are really nice and the music is great. I personally love the music in GTA games, even though I would've preferred to have an option to play my own music instead.

The story is great. It's really immersive and it makes you care about the characters. I really liked the fact that you could play the game for just a couple of minutes or for hours and still get something out of it. There were a couple of missions that were really short and there were a couple that lasted for quite a long time. I really like the fact that you are playing with three different characters throughout the game. It gives the game a unique feel and the missions have a lot of variety.

The game is really easy to play. I've heard a lot of people complaining about the PC version being more difficult to play, but I think it's great. The controls are really easy, the menus are easy to navigate, and I've rarely encountered any kind of glitches or bugs.