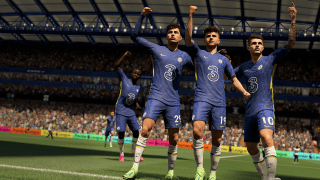 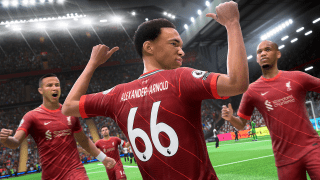 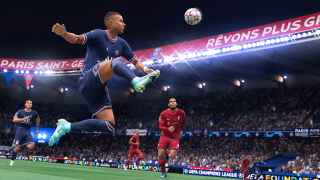 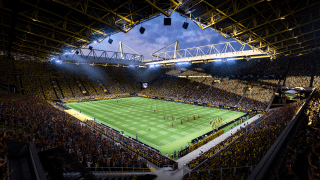 FIFA 22 is a long-awaited football (soccer if you prefer) simulator, with incredibly realistic visuals and various game modes. This year, it features a revolutionary approach to motion and animation. You can download FIFA 22 for PC, PlayStation 4/5, or Xbox and enjoy its new look and familiar gameplay.

It’s a little revolution in visuals. For the first time in history, EA filmed an entire game with famous players dressed in motion capture suits. This allowed the developers to introduce thousands of new moves and animations, making the gameplay realistic as never before. Alas, this beauty is only available on next-gen consoles and powerful PC.

What else impresses players is the new style of cutscenes. These videos are more realistic than ever, so you can play the game as if you are watching a movie. It’s another step towards photorealism that EA boasts about so much. Surprisingly, you only need about 50 GB on your hard drive, and the system requirements are modest.

The game is optimized for both gamepads and keyboard-and-mouse control. Now, EA made controlling characters a bit more difficult, removing some bugs that were exploited by players hard. In addition, now there are four new skill moves. They require complicated combinations applied at the right moment but mastering them pays.

Those on next-gen will have an advantage. The game utilizes the haptic features of Sony DualSense, sending you tactile feedback with it. For those on PS4 or Xbox One, though, it will mainly remain the same.

Games became harder and more realistic, due to an improved AI. On the other hand, you can now easier switch players, apply tricks, switch the view, and find unusual positions for your hits. The simulation of a football game is realistic like never before, though in the single-player mode it’s buggy as usual (hope they will fix it soon and add no new bugs).

Along with playing in the field (which is the main attraction of the game), FIFA 22 offers you management and career modes. For example, now you can create your own club as well as manage one of the world’s favorites. You can start with a large amount of money that allows you to contract leading players. There is also a career mode where you lead your player to the top. Alas, single-player modes are still glitchy.

One of the most attractive features is Volta, a street football mode available in PvP and single-player mode. Of course, it’s more fun to play versus real human opponents. Mini-games color up this mode.