Back 4 Blood
Rating:
Author:
Turtle Rock Studios
Publish Date:
2021-10-12
Get the app
All trademarks belong to their respective owners. 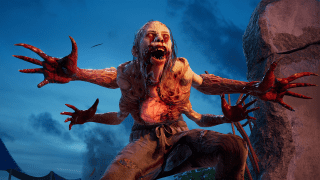 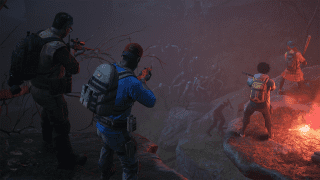 Back 4 Blood is a survival where action meets horror. It’s a zombie apocalypse setting, reminiscent of Left 4 Dead, and no wonder, as the game was developed by Turtle Rock, the creator of the original L4D. Download Back 4 Blood and call your friends, so you can together protect the rest of mankind!

Imagine a better, bigger, more thrilling version of Left 4 Dead 2, and that’s it. The world is rusty and half-destroyed, and the blood is real. The most impressive thing about Back 4 Blood is, of course, the monsters. Not all of them are your traditional zombies; some of them remind orcs and demons from fantasy movies (they are even playable in PvP mode). Weapons and armor look futuristic, and their destructive effect is very spectacular.

The PC requirements, on the other hand, are quite easy: Intel Core i5-6600, AMD Radeon RX 570, 8 GB RAM, and 40 GB of your drive space will do. On consoles, there should also be no issues with performance, even on last-gen ones.

As the game is available for PC as well as PlayStation 4/5 and Xbox One/Series X/S, it supports all types of controls. You can enjoy it with your favorite gamepad or with a keyboard-and-mouse setup. The onscreen stats and options are easily readable, and the response is immediate.

Hardly should you expect this game on iOS or Android, as it looks too heavy for mobile devices. But once it appears, you better preorder it right away and download it as soon as it arrives. Especially if you have a gamepad connected to your iPad or Android device.

You play as one of four fighters protecting mankind from the infected by The Devil Worm, zombifying humans. Unlike Left 4 Dead, your characters are not ordinary human beings on a sudden mission, but professionals well prepared and immune to the worm. It feels in the dialogs as well as in your manners. Choose yours among eight available characters. It supports single-player mode, but multiplayer is definitely more fun. Especially given that you can choose the infected side!

One of the most interesting mechanics of the game is cards. Before each game, you form a deck of cards that impact your stats, talents, loadout, and loot. You can recharge your weapons sooner, run faster, or have more hit points, or whatever. The game yet has its own cards that impact the environment as well. For example, it can make hordes of the infected larger, make the weather rainy, or give you hell somehow else.

Due to rogue-lite mechanics, the environment is different each time you start a new game. The landscape, the number and position of the infected, the weather, and other conditions may change. This increases the replayability up to the top.